Dalit Buddhist Revolution: Dr. B. R. Ambedkar, We Salute You

I spent the weekend learning about B.R. Ambedkar. What a brilliant man and powerful advocate for social justice for the Untouchables of India, for women, for labour, and the “depressed classes” the world over. I read his treatise “The Annihilation of Caste” [which I downloaded from Verso Books for less than $3], with commentary by Arundhati Roy.  Ambedkar was everything Obama should have been but wasn’t. Ambedkar was as brilliant and learned as Obama—even more so, Ambedkar had advanced degrees in law, political economy and economics. Not only did he run for political office in India and win multiple times, despite his status as an Untouchable, but when he won political office, he never forgot where he came from or why he was there. 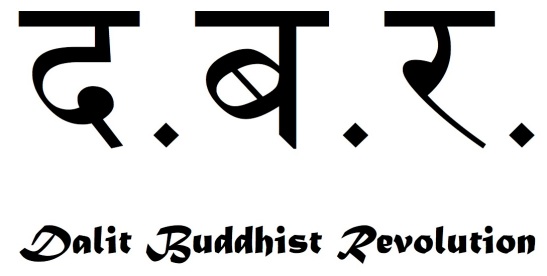 While in high office, Dr. Ambedkar used every facet of his learning, skill, position and power to free the Dalits from their state of total abjection and slavery. He passed or attempted to pass laws that destroyed the caste system, that ended the deplorable maltreatment of women in India and granted them equal rights, that improved the working conditions of labourers of all kinds. Furthermore, he fearlessly stood up to British Imperialism, the ruling class of India, and the Brahmins that governed religious life amongst Hindus. Ambedkar stood up to Gandhi when Gandhi supported the continuation of the caste system in post-colonial India. Ambedkar was the chief author of the Constitution of India, and is remembered by the nation as it’s chief constitutional architect. 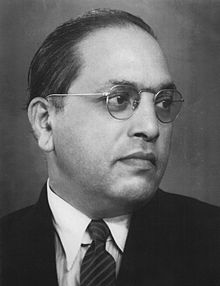 Ambedkar’s treatise, “The Annihilation of Caste” opened my eyes to the operation of racism and privilege in my own life and country. It showed me that I was born into a “white caste” of privilege while others were born into a “black caste” or “brown caste” of oppression that determined both my life chances and theirs. Scholars, including Ambedkar, acknowledge that “caste” and “race” are different forms of inequality that work differently, but nonetheless, there is much that white people can learn from the teachings of Ambedkar about both racism and caste. Caste is structural inequality between members of the same or similar “race” or ethnic group, while racism is structural inequality between people of supposed different “races” (which is itself a fiction).

Arundhati Roy’s history of the Dalit movement documents that, in contemporary terms, “Dalit” refers to a broad class of the oppressed:
“For a brief period in the 1970s, the Dalit Panthers in Maharashtra tried to bridge the gap. They gave the Marathi word ‘Dalit’—oppressed, broken—an all-India currency, and used it to refer not just to Untouchable communities, but to “the working people, the landless and poor peasants, women and all those who are being exploited politically and economically and in the name of religion”. This was a phenomenal and politically confident act of solidarity on their part. ”
[Excerpt From: Arundhati Roy, B.R. Ambedkar. “The Annihilation of Caste.” iBooks.]

I especially encourage white American Buddhists of all classes to read Ambedkar’s “The Annihilation of Caste” to learn about their own white caste privilege and the operation of caste, race and class within Buddhism and American culture. Today amongst the Buddhists, the poor and working class are indeed subjected to caste inequalities, though most of us are of the same “race”. But Ambedkar proclaimed, as he converted to Buddhism shortly before his death, that Buddha set up his sanghas, in principle and practice, to defeat the caste system and to establish a communal life without caste. Ambedkar converted to Buddhism specifically to free himself from the Hindu caste system, so that he would not die an Untouchable. And when he converted, millions of Dalits converted to Buddhism to liberate themselves from the caste system. Today, 90% of India’s Buddhists are Dalits, formerly of the ‘untouchable’ caste.

The lesson of Ambedkar is this: if you want millions of converts to Buddhism, WORK FOR JUSTICE. Advocate for the poor, uplift the powerless and the oppressed, work toward the just distribution of wealth and power, and you will have your millions of converts.

The Buddha’s social vision to establish a common way of life without caste must still must be practiced with diligence within our sanghas today. Western sanghas are rife with a structural caste system that blindly ignores the whole question of class privilege, relative wealth, power and poverty within the sangha. It ignores how those issues shape the dynamics of the sangha, who has access to “the Teacher” and who doesn’t, how sangha decisions and activities are carried out and who benefits from them. Until those issues are honestly faced and dealt with, there won’t be any real change in the dynamics and power relations within western sanghas.

And Dr. Ambedkar was not afraid to stand up to the cruelty and hypocrisy of religious institutions, even those that were entrenched in the culture for thousands of years. As part of their campaign to destroy the caste system, Ambedkar and his followers publicly burned a copy of the Manusmirti, the Brahmanic scriptures that set forth the law of the Varna, the laws which established the Hindu caste system. That act was considered an utter sacrilege, like burning the Buddhist Vinaya Pitaka, or Leviticus in the Bible.

I, for one, refuse to be part of any sangha in which I and others in my situation are so devalued and count for so little. I will not give my money or support to any sangha that blindly perpetuates a caste system that privileges the white and wealthy, and denies equal voice, access and power to the poor, the working class, the queer, the disabled, youth, racialized peoples, and ethnic minorities within the sangha. Gautama Buddha would have expected no less from his followers today.

When I find a sangha that actually practices Buddhism, without caste or class, racism or sexism, then I will join it. The sangha doesn’t have to be a utopia—that’s impossible—but it should openly acknowledge these issues and work on them. That is the collective awakening that Western Buddhism needs to have before it can hope to generate an awakening in the rest of the world.

Ambedkar’s Buddhism, called Navayana Buddhism or the Fourth Way, distinguished between religion and dhamma. “The purpose of Religion is to explain the origin of the world,” Ambedkar said; “the purpose of Dhamma is to reconstruct the world.” Ambedkar’s major work on Buddhism was The Buddha and His Dhamma, available free online.

You can begin to learn about B. R. Ambedkar’s powerful life and work in this film:

4 comments on “Dalit Buddhist Revolution: Dr. B. R. Ambedkar, We Salute You”