Individual 1, and the NGOification of Ferguson

“It’s another wild week in the United States of America, where any child can grow up to be Individual One! Actually, that’s not true, you have to choose a life of crime and complicity, and this week’s Gaslit Nation discusses what’s new for the indicted (Michael Cohen, Paul Manafort), the people who failed to stop them (James Comey), the accomplices (John Kelly, Nick Ayers), and the new guy who will likely let everyone walk, Iran-Contra style (William Barr). Sarah and Andrea discuss how extreme wealth and corruption of the justice system have created a stratified class that can in a sense do no wrong — because no one will punish them for the wrong they’ve done! We also weigh in on the crisis in France, the role of social media in political protest, and the ongoing fallout from the murder of Jamal Khashoggi.”

That’s plenty to deal with, but the best part comes next, at 42:25. Sarah Kendzior interviews Umar Lee, journalist and resident of St. Louis/Ferugson, MO. Sarah and Umar covered the Ferguson revolt as it happened. Umar has lived in the area for most of his life and went to school in Ferguson. Lee points out that Ferguson was a revolt of young Black men, many of whom had been ‘in the system’, which Lee calls the ‘organic revolt.’ But as the movement spread and became a social media phenomenon, it was taken over by “people from outside of town with college degrees,” and began what he calls the NGOification of the movement. Sarah and Lee recall that “when the cameras left, the activists left also.”

Umar Lee also has plenty to say about St. Louis, growing up working class, poverty in the suburbs, gentrification, and how the media never really understood the Ferguson revolt. Listen to his podcast St. Louis Speaks for his take on the St. Louis scene. 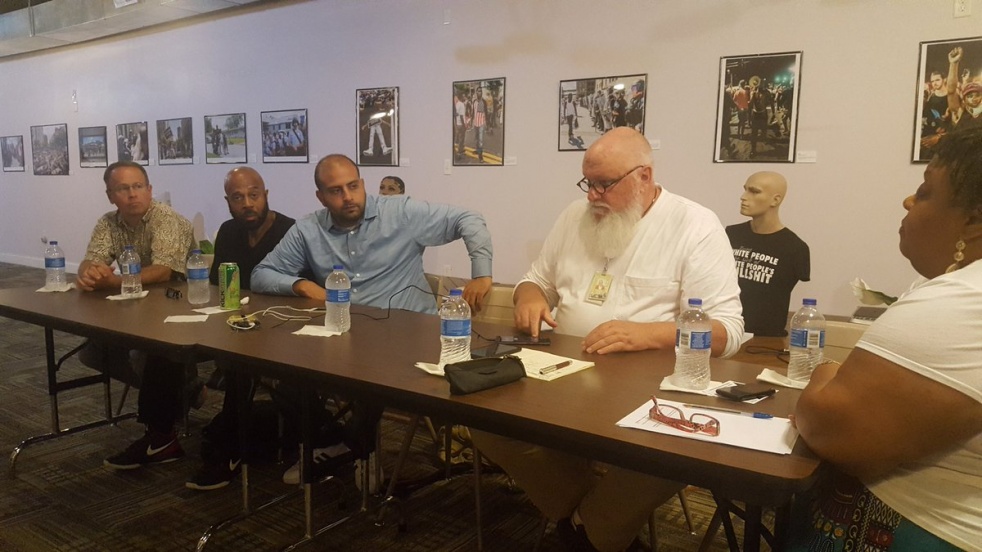