Buddhism as a Commons

Is it possible that in the 21st century, Buddhist dharma and practice is becoming a Commons?

For the first 100 years of Buddhism’s introduction to the West, up until the 70s, it was a pure gift of students and teachers who went to or came from Asia, some would say it was cultural robbery by the West. From the 70s into the millennium, it became proprietary, Buddhism held and controlled by a privileged few who either were Asian teachers or who had obtained authority to teach from Asian teachers, passed on through lineages. Students had to pay dearly for access to the dharma and travel extensively to obtain it, and promise lifelong fealty to the authority of the guru to gain access to it. I’ve written many articles on proprietary Buddhism on this site (“The New Brahmins”), so no need to repeat it here. Furthermore, I’ve written many articles on the New Dalits, or the Buddhist Precariat and its promethean acquisition of Buddhism from the Brahmin Elite through other means, primarily through online websites and blogs, cheap paperback books, video teachings and retreats, meditation apps, reddit forums and other means of online self-education.

So now I see two broad forms of Buddhism under formation in the West: a proprietary Buddhism that is no longer about obtaining access to dharma teachings, which anyone can readily obtain themselves. Rather it is about associating with celebrities and charismatic teachers, gurus and lamas who don’t just convey dharma teachings and practices, but who lend the cachet of “access”, of exclusivity, of celebrity to practitioners, often at expensive retreats in exotic locales. This is about associating oneself with a Tibetan ‘rock star’ lama, an Oprah-style TV-YouTube guru, a guru with esoteric and unusual teachings either self-formulated or learned through an exclusive lineage and only passed on to loyal (and paying) students. What is obtained is not the teachings themselves, but the practitioner’s self-branding by the famous lama-guru-teacher, through proximity and contact with the guru.

The other form of Buddhism that is under formulation is precisely that which is promoted by the Buddhist Precariats who can’t or won’t pay: Buddhism as a world-wide Commons. We are busting down the barriers to make Buddhism free and readily available to everyone with an internet connection and a library card. And it is becoming readily available around the globe, in both east and west, in developed and developing nations. This development is disruptive to say the least, and has both positive and negative consequences.

On the positive side, you have the ‘dharma ocean.’ The availability of the Dharma is nearly overwhelming; one can obtain scriptures and teachings in nearly every language for free online, and many can obtain knowledge of ritual practices through similarly mediated streams. (e.g. see The Quintessence of Esoteric Buddhism) Furthermore, as more western and global teachers become institutionally or self-authorized, it creates a glut of teachers and sometimes a paucity of students, so teachings get cheaper and become nearly free and ubiquitous. The online competition for students has changed the market considerably since the 70s and 80s. Now it’s the teachers, media outlets and institutions that must compete for the attention of students, rather than students competing for access to teachers.

Second, the downside: what was once conveyed through intact lineages sequestered in isolated cultures and institutions is now deracinated of it’s cultural roots and mixed in a limitless space of global cultural reconfiguration and appropriation. Lineages that were once isolated from each other are mixing into new hybrid forms. For instance, I have become interested in the study and practice of esoteric Theravada, which I would venture to say is one of the fastest growing new forms of dharma teaching and practice that was not possible before the internet. It was a nearly extinct form in Sri Lanka, Thailand, Burma and Cambodia but is being revived in the cities of Southeast Asia amongst the urban middle class. 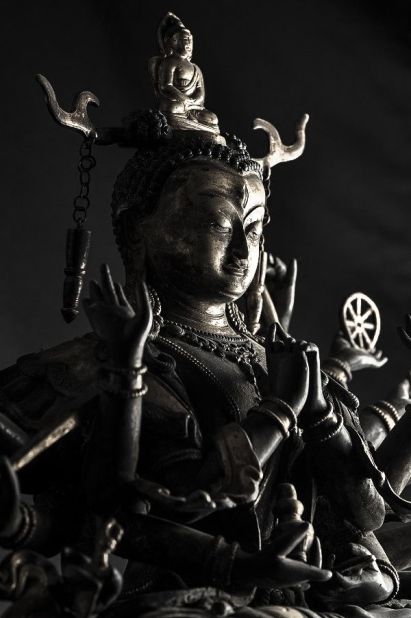 Much of what constitutes ‘esoteric’ Theravada is simply the Southeast Asian lineages as they have always been practiced by the laity outside of monastic institutions, but with support from monastic practices. But this esoteric and ‘global folk buddhism’ (see The Making of Buddhist Modernism by David L. McMahon, and the academic work of Kate Crosby, Justin McDaniels and L. S. Cousins) is now available to the global Precariat through online academic publications and books. This is a style of Buddhist practice that probably wasn’t possible for the West until the development of the global Buddhist network. I call it ‘post-modern’ Buddhism in certain forms because it goes beyond what has become known as Buddhist Modernism: rationalistic, atheistic, secular and compatible with science, focused on meditation and scripture reading. It goes beyond Buddhist Modernism to include esoteric experience, deistic practice, ritual, art, the production of material culture of  amulets, tattoos, beads, jewelry, clothes and music, the non-rational and the post-scientific. (Image: Zen and the Pure Esoteric School. Google Images.) 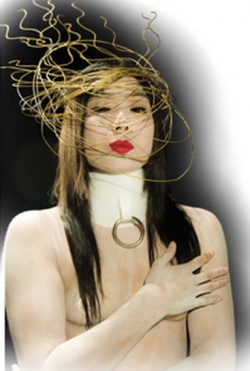 What is significant about post-modern Buddhism is that is becoming a global Commons that practitioners can access on their own. It is hybridized with yoga, Advaita Vedanta, sramana, urban legend and rural folk religion, deism, and other forms of syncretic belief and practice, created and compiled by the practitioner herself. This cultural stew of teachings and practices is available in a global cultural commons that both strips the practices of their ethnic origination (some call it ‘cultural appropriation’) and yet makes it readily available to nearly everyone, with few costs and barriers. 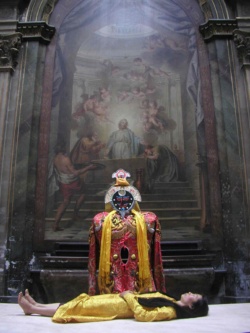 These are the questions I have about the developing Buddhist Commons.

3 comments on “Buddhism as a Commons”