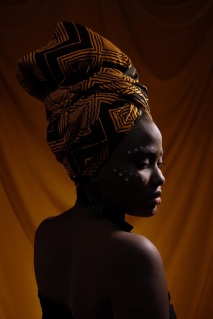 Recently, I had the great honor and privilege of participating in The Gathering II: Buddhist Sangha of Black African Descent.

The event was a week-long retreat at Spirit Rock Meditation Center where Black Buddhist teachers, scholars, and guests from various traditions practiced together and discussed the intersections of Race, Gender, and Buddhist practice.
Admittedly, I was a bit starstruck from being in the presence of so many senior teachers, and I did my best to speak as little as possible; choosing to listen and absorb as much wisdom as I could.  The event was organized by Rev. Angel Kyodo Williams, Bishop Myokei Caine-Barret, Noliwei Alexander, and Konda Mason.
I know from experience that organizing a half-day retreat can be a nightmare, so I can’t imagine how much time and energy went into organizing a week-long event that culminated in 300 black Buddhists attending talks, workshops, and panel discussions on the Spirit Rock campus.  The fact that everything went so smoothly is a testament to their fortitude and skill.
I could write a book about the lessons that I learned during my time at The Gathering II.  However, there was one incident that I found to be very telling.  In my tradition, it’s customary to do three full prostrations of gratitude in front of the altar at the start of practice.  Doing so reminds us that we’re in a sacred space along with creating a mind of humility and compassion.
On the first day of practice, however, I was surprised to see that the altar didn’t have a serene-looking Asian man sitting on it.  Instead, there was a black woman; sitting on kente cloth and surrounded by candles.  The fact that I was surprised is a problem because I know if a tree or a rock had been on that altar, I wouldn’t have flinched.
Mahayana Buddhism teaches that everything is Buddha.  A tree is Buddha.  A river is Buddha. Three pounds of flax is Buddha.  I’ve heard teachers make statements along these lines countless times.

But I’ve never heard it said that women are Buddha.  No one ever mentions that Black people are Buddha.

Even as I write this, I wonder if we can sit with those last two sentences.  Can we let blackness and femininity be Buddha without racing to make statements that start with “But” and “What about”?
Please read the rest of this post at Sensei Alex Kakuyo’s blog: Same Old Zen.