The Racist Roots of Terrorism

The following thread by Gwen Snyder explains how White Supremacy and White Nationalism are ideologies that spawn terrorist acts, in the same way and for similar reasons as Islamic terrorism. This has been documented by the US Dept. of Justice in a recent report on White Nationalist Terrorism.

I was only 16 when 9/11 happened, but an analysis of that terror I read then has always stuck with me:

Al Qaeda preyed on young Saudi men who couldn’t depend on making the money their fathers had, couldn’t get women. 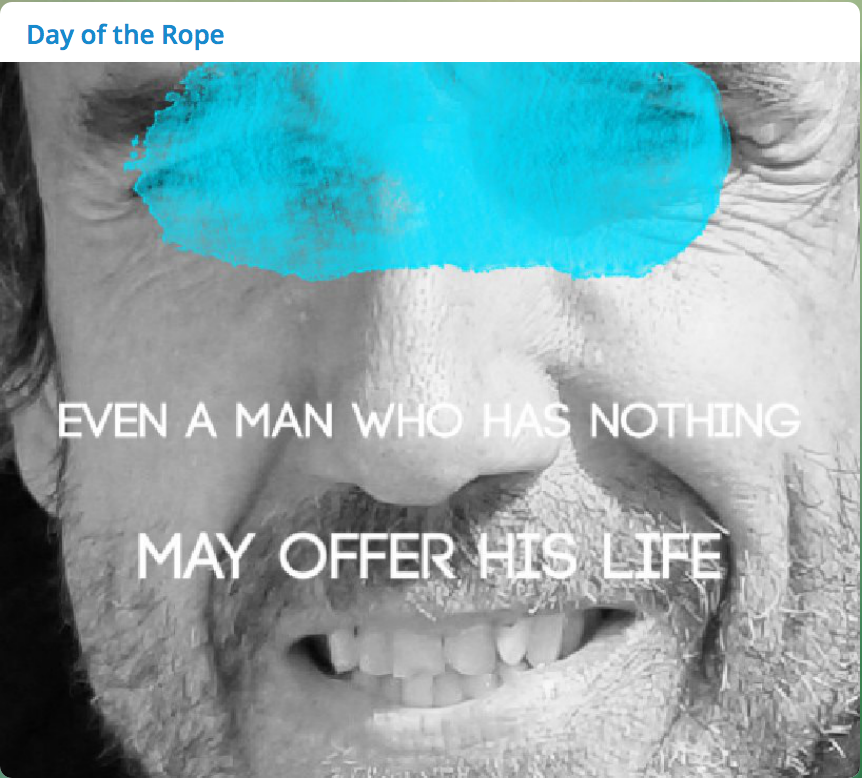 We all know the bit about Bin Laden promising virgins in heaven and all that, but mainstream media never really examined *why* that would be so appealing to young men in that area in that era.

Take this summary with a grain of salt– I’m not an expert on Saudi Arabia and I’m going from memory– but basically, the Saud dynasty had long used oil revenue to keep the population content, creating a very effective and well-funded public welfare system.

The public welfare system effectively lifted nearly all Saudis out of the working class, necessitating the creation of an non-citizen immigrant sub-class to perform needed labor, a workforce that’s effectively become stateless, since its children aren’t granted Saudi citizenship.

As young middle class Saudi men came of age, however, the economy had worsened and even the generous state welfare didn’t grant them the funds they needed to acquire the social or economic status their fathers had enjoyed, or its trappings– including marriage.

These developments created a sub-class of bitter young men who felt disenfranchised and hopeless, unable to start families or otherwise embark on sort of the adulthood they’d anticipated.

We think of this kind of terrorism as religious, but many of these recruits weren’t very religious at all.

What they were was angry.

When you look at the language and lives of white supremacists who engage in terror, it’s easy to see the parallels.

By and large, these aren’t the guys DOING the preaching.

They’re angry young men who are enraged by their own feelings of sexual and economic disenfranchisement.

We’re living in a time of extreme inequality.

My generation’s parents, the boomers, were able to get a job out of college or sustain a family working at a factory.

Many of us were told to expect our lives would be even better.

Instead, things ended up being much, much worse.

White supremacist patriarchy makes very specific promises to white men: a wife that will give them sex, a family they head, an economy that benefits them and shows them preference (at least compared to women and POC).

For men in our generation, those promises were checks that didn’t cash.

And, because women and POC have struggled for respect and dignity, we’re more visibly successful and less deferential to those white dudes than ever.

There are a lot of angry young white men seething in their unfulfilled sense of entitlement.

White supremacists recruit from them, just as Al Qaeda recruited from young Saudi men furious that the wives and success they had expected as a matter of course never came.

White supremacist recruiters tell those men to look at the advancement of women and POC and compare it to their own failure.

They tell them how the immigrants have stolen their jobs, how the women won’t fuck them, how the gays destroyed the family structure they had hoped for.

Sure, the government and corporations are responsible for this economy, they’ll say.

But the government and the corporations are controlled by the Jews. This whole economy is a Jewish plot to use black and brown and queer and immigrant people to destroy you.

Yesterday was the 1-year anniversary death of a suicidal man who hijacked a plane, using it to perform aerial maneuvers.

Air controllers tried to talk him down, saying surely he had every reason to believe he’d get a job if he landed safely.

In response to the suggestion that he had a life to live for and reasons to hope for a prosperous future, he responded “Nah, I’m a white guy” before crashing the aircraft into the ocean.

White supremacist propagandists hold him up as a hero.

They call him “Sky King.” 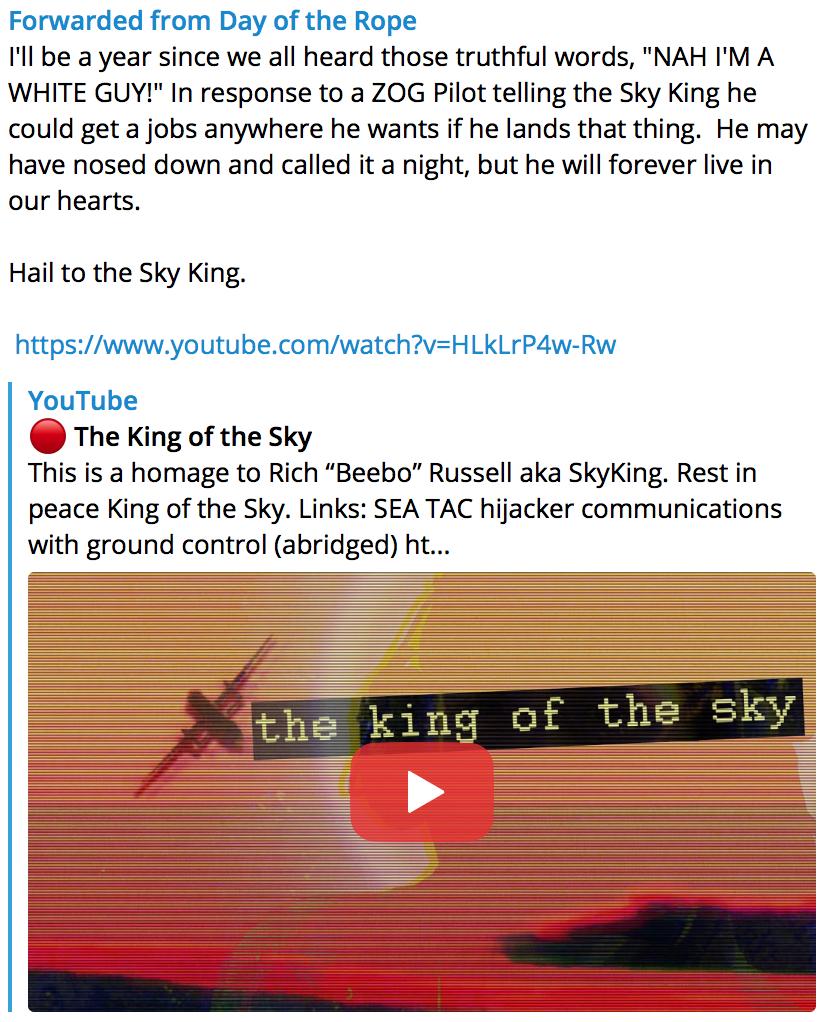 Like Al Qaeda & ISIS, they seek to radicalize, recruit, and deploy these terrorists without needing to so much as a single live meeting or telephone call.

The Donald Trumps and Ben Shapiros of the world lay the groundwork for white supremacist propaganda.

White supremacists who organize for power, like Richard Spencer, reinforce the notion that there is a Jewish plan to destroy and replace the “white race.”

Terror propagandists take that the white supremacist messaging, rip out any hopeful message of productive resistance, & repackage that “white genocide” as an inevitability.

They push that blackpill on their audience, then offer suicidal terroristic violence as an exit strategy.

More young white men follow where those manifestos point: to online white supremacist propaganda networks offering up their blackpill and their terroristic solution.

At their core, contemporary white supremacist and Islam-claiming extremist terror both largely rely on the same dynamics of disaffection, the same cycles of death and glory and curiosity and online radicalization.

Dehumanization of Muslims makes it easier to justify the invasion of oil-rich and geo-politically strategic regions.

The fact is, the infrastructure of that terror isn’t rooted in Islam.

The motivations of its martyrs don’t even tend to be rooted in Islam, so much as sexual and economic resentment.

Americans have heard and told this story about the unique Muslim-ness of Islam-claiming terror that we’ve made the ideological neutrality of its tactics and strategy invisible to ourselves.

As a result, we are staring right at a white supremacist terror movement with what should be a deeply familiar structure and methodology, failing to notice the likeness, because we expect terror to be brown and speak Arabic.

Our racism is making it impossible for us to see racist terror for what it is.

And until we collectively get our shit together and wake up, people will continue to die.

That blood is on our hands, too.