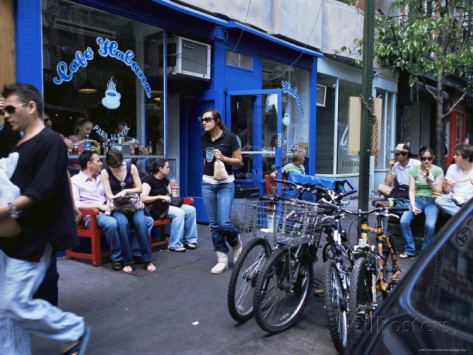 Years ago, I was at a café with a Buddhist teacher and friend of mine, who asked me, “Have you ever experienced Emptiness?” I replied with surprise, “I don’t experience emptiness, I experience Life; Emptiness is a concept.”

I find myself moving in a new direction: Life after Buddhism. I see Buddhism as necrophilic (defined as an obsession with death), empty of meaningful content outside of an arcane neuroscience, reducing life to such a minimal existence as to be barely human. Buddhist practice produces a ghost-like anti-existence that transcends, or rather avoids life, for the sake of a necrophilic certainty of death, of never being [re]birthed again. Buddhism has turned out to be, literally, a dead end.

To be more specific, I use it to refer to Buddhism’s obsession with ‘cessation’, with ending or stopping anything that provokes the slightest discomfort or ‘suffering’, yielding a pseudo-death, a zombie-like state of non-feeling, non-reacting, e.g. the walking dead. This is related to a state of transcendence that is revered in Indian religious culture going back to antiquity–the practitioner in a nearly comatose state of non-responsiveness to the outside world. Many contemporary swamis who claim to have the capacity to enter this state. I have known many contemporary Buddhists who brag about their ability to go on marathon retreats, sitting in meditation for many hours per day, for weeks and months at a time, in a state of suspended animation. What a waste of a life.

If Buddhism is Emptiness, then tear it all down. Destroy all its structures, doctrines, rules, conventions, rituals, hierarchies, philosophies, scriptures, images, vows and ordinances. Whatever is left is Buddhism. —S. Bartone

The necrophilic obsession with a death-like state of meditation is an avoidance of life, with all its complexities and problems, but so is the necrophobic, which avoids the intrusion of the reality of death into daily existence. Neither of them deal with the complex reality of life/death. For example, it’s an axiom of biology that evolution occurs because organisms die; species that don’t die don’t evolve. So the movement of bio-realism is, in the long run, toward the evolution of Life, which involves both the life and death of the individual organism.

Furthermore, it is a biological axiom that living systems only evolve when they are disturbed by their environments. The Buddhist goal of enlightenment as the ‘permanent cessation of suffering’ runs counter to the bio-reality of evolution, which requires some amount of perturbation in order to spur the evolution of new capacities and forms.

Evolution is always increasing in complexity. Systems always evolve towards greater complexity, unless they fail to adapt, in which case they revert to a simplified state, in order to evolve again. But archaic and contemporary Buddhism cannot deal with complexity. They always want to over-simplify everything into the One, as in Non-Dualism, or the Zero, Sunyata. They always want to frame reality in absolute terms, and can’t deal with diversity, difference, change, i.e. complex material reality. Life is complex, so is society, and Buddhism has almost nothing relevant to say about complex social systems.

After Buddhism, I turn towards Life, as this is my existential lot. Yes, we are all gong to die, but until then, we are stuck with living, so we’d better make the best of it. Equivalent to the existential fear of Death is the existential fear of Life, of being trapped in an existence that is so painful and meaningless that it’s not worth living. Some Buddhist teachers interpret the First Noble Truth as a turn towards suffering, to the root of suffering, in order to end suffering. Joanna Macy exhorts us to turn towards Life, to love life and participate in its regeneration.

So after Buddhism, I turn towards Life to plunge into its messy complexity, sufferings, disappointments and joys, to fully engage with Life, with my life, with multifaceted social lives, with Life on this planet. I turn towards Life in order to unearth its intricate and abstruse wisdom. My personal mantra has been, for several years, your life is the Path. Why? Because what else is there? All you have is your life.

Most of what I have published in this blog has illustrated that turn towards Life in all its complexity. I have always refused to let Buddhism blind me to the realities of life, especially complex social realities. After Buddhism, I continue this turn towards the exploration of Life. Not much has changed about this project on the surface. What has changed is my experience of it, my inner orientation.

Note: this post emerged out of exchanges with several x-post-non-Buddhist friends of mine, so it reflects those sometimes difficult conversations. I will probably re-draft it or post a new version of it later.

4 comments on “Life After Buddhism”

This entry was posted on 2018/03/07 by Shaun Bartone and tagged Post-Buddhism.