King’s College London is offering a free podcast course on the History of Indian philosophy, from the Rg Veda to the Upanishads, to Buddhism and Jainism, Nagarjuna, Advaita Vedanta, the Samkya, to the Mahabharata and much more. There are 32 episodes in all. ‘Origins’ is 1 to 17; the ‘Age of the Sutra ‘is 18 to 32. I hope that by listening to the whole series I can understand the relationship of Buddhism to the Upanishads, and post-Buddhist thought. This is not a series from the Buddhist perspective, but it helps to get a sense of where Buddhist philosophy fits into this field. The series is also available on iTunes. 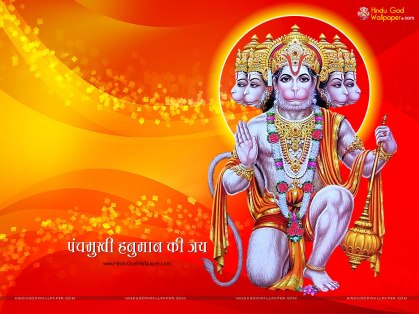 In this opening series of episodes on philosophy in India, Peter Adamson and Jonardon Ganeri first provide an orientation concerning the nature of philosophy in India and the historical context in which it emerged. They go on to discuss the Vedic literature, focusing especially on the Upanisads with their proposal of the unity of self and world, and the notion of karma. These ideas, and the knowledge claims of the brahmins who feature in the Upanisads, were criticized by the emerging traditions of Buddhism and Jainism. In addition to charting this conflict, these podcasts deal with philosophical ideas in ancient Indian literature, especially the epic Mahabharata. Also featured are interviews with guests Brian Black, Rupert Gethin, and Jessica Frazier.

The most important thing I learned from this study of Buddhism and the Upanishads is that, in the earliest Buddhists texts, the Nikaya, the Buddha never says “the self does not exist.” He says that one does not own or possess a self, a confirmation of what I learned earlier from Andrew Olendzki. Buddha would point to parts of the body, or objects in the world and say “this is not me, that is not me.” He would exhort his followers not to say “I, me, mine.” It was an ascetic practice of disowning a self, rather than saying ‘self does not exist.’ It’s a practice of refusing possession or projection, neither to possess a self or project a self onto one’s entity or environment.

I’ve been listening to a podcast series on Indian philosophy, put out by King’s College London. It begins by presenting the Rg Veda and the Upanishads, and shows that Buddha’s teachings were both influenced by and a reaction to the Upanishads and Vedic thought. The two earliest Upanishads were already in written form at the time of the Buddha. The concept of ‘karma’ does not appear in the Vedas and may have been grafted into the Upanishads from a different source, possibly northeastern India (where Buddha was born). Buddha also held strongly to the belief in karma and rebirth. The Buddha’s biggest break with the Upanishads was the dharma of ‘non-self.’

The Buddhist philosophy of the individual is that when you go to bed at night you are “similar” to the person you were when you woke up, but not exactly “the same.” Many parts of you are the same and some parts are different. The various parts of your being—body, feelings, formations, thoughts—change throughout the day. There is a continuity of personal experience, but it is not a continuity of self as ‘substance’, that there is some underlying, unchanging, eternal essential being. It’s a continuity of causes, of recurring processes, that create an experience or sense of personal continuity. This is in contrast to the Upanishads and its theory of an ‘eternally existing’ and never-changing self as substrata of existence and model of the divine cosmos.

The teachings on the Upanishads and Buddhism confirm what I have come to understand as Buddha’s subtle and complex doctrine of non-self, karma and rebirth and how they all fit together. The philosopher explains that Buddha’s dharma of ‘non-self’ erases the difference between ‘self’ and ‘other’. As I’ve been saying, it’s not “you” that’s reborn because in Buddhism there is no “you.” It’s that the consciousness that leads you to commit certain acts has consequences that create conditions for the next generation  of people. Let’s say you have a negative consciousness that causes you to commit selfish, destructive acts that harm others. Those actions have  consequences that continue on after your death and create suffering conditions for the next generation. The person that is born into those suffering conditions will develop a similar sort of negative consciousness that you had, and will tend to act in a similar way under those conditions (although she can choose to act differently). So that person that is ‘born into’ those similar conditions develops a consciousness that is similar to yours. That person is “like you”, they have a similar consciousness as you and similar habitual tendencies as you; ergo that person is a “rebirth” of [your] a similar consciousness, and reaps the consequences of [your] similar actions. It’s a reincarnation of similarity rather than “the same” personality who transmigrates and is born into a different body.

So the person who is born into conditions caused by the consequences of [your] prior actions will develop a similar consciousness as [you], and is likely to commit similar acts, unless they choose differently. It’s the rebirth of a similar consciousness, not the same consciousness, and certainly not “you.” It’s like the saying “there but for ‘grace’ go I”.  Or it’s like when you see someone similar to you in prison, and you think, “wow, I feel just like that guy, I went through a similar experience—that could be me. I could be in prison right now, just like him.” It’s ‘exchanging self for other’ because there is no separation between self and other. I know this is true from social science, that people subjected to poverty and violence develop similar kinds  of illnesses and maladaptive behaviours, and that people in optimal social environments develop well-being and adaptive behaviours. (Example: people who smoke cigarettes for many years tend to develop the same kinds of diseases: heart disease and lung cancer).

So one practices virtue in order to effect a karma and rebirth motivated by compassion for others, rather than self-interest. According to the philosopher, that is the kind of ‘karma and rebirth’ Buddha was talking about. The Buddha’s teaching on karma and rebirth stemmed from an imperative principle of compassion for all beings, not a desire for personal advancement in the cycle of existence. Our actions in this life bequeath a pattern of harmful or beneficial conditions for the next generation of people like us. It is a moral universe that we create, rather than a moral universe that is imposed upon us by a judging ‘god.’ Engaged Buddhism, then is the creation of the causes and conditions for a more just and beneficial world, the creation of a moral universe.

Buddha’s concept of karma and rebirth is a collective or socialized karma and rebirth—the rebirth of similar kinds of consciousness and acts in succeeding generations under similar conditions, rather than an individualized karma and rebirth of just “you.” One undertakes to refrain from greed-hatred-delusion, not just to be reborn into a better life—which only benefits ‘you’—but so that others will be born into a better life because of the good conditions you create for them. You create good karma, not just for yourself, but out of compassion for others, so that they might be ‘born into’ a better life, with a sound consciousness that enables them to make better choices and better actions that create better conditions for still more people, a ‘virtuous circle.’ This is how non-self, karma and rebirth fit together (along with impermanence and dependent origination).

But ultimately I think karma and rebirth has to do with evolution, creating a path of evolution that will eventually spread through the whole species. I’ve given this a lot of thought. 1) ‘rebirth’ is ‘evolution’; it’s not the ‘science’ of evolution, but its evolution as a cultural narrative, a story. It’s not “you” that is reborn, because there is no physical “you” that survives death, but “life” goes on, in new generations and new forms. Furthermore, I can show that the 12 Nidanas (12 links of D.O) is also a story about evolution in another narrative form. 2) What survives your physical death? The consequences of your actions, your karma, in other words. The consequences of your choices and actions are “reborn” as the conditions for subsequent generations. In that sense, it’s similar to teachings on ‘stream of consciousness.’ The Buddha’s ‘stream of consciousness’ was so powerfully positive because is has been a source of liberation for millions of people over 2600 years, and continues to benefit all beings today. His karma, the result of his choices, teachings and actions, created the best possible conditions for the liberation of successive generations of beings, over thousands of years. So there is no self, but there is a continuation or stream of karma that affects rebirth.This is how ‘non-self’, ‘karma’ and ‘rebirth’ fit together as a coherent principle or dharma.

‘Energy is neither created nor destroyed, it only changes form.’ Law of the conservation of energy. “You” are an embodiment of the energy that was released at the beginning of the universe. The energy of big bang was transformed countless billions of times until it formed stars and galaxies, this solar system, this planet-Earth-and became life on this planet. Life on this plant evolved into billions of species, and the human species. “You” are the product and the beneficiary of all that evolution, that transformation of energy. And the energy that is “you” will continue on in new forms until this universe comes to an end, and all energy is dissipated as ‘entropy’ (energy in its most disorganized state).

That’s why we have to seek justice in this life, in the sense of engaged Buddhism, because otherwise, there is no justice meted out impersonally by a ‘moral universe.’  But we create the moral universe through our karma, by generating beneficial causes and conditions for future generations.

In the last couple of days I felt like the Buddhist path that I have undertaken might help to create a path of evolution to cosmic consciousness that would eventually benefit the whole human species, and then ultimately all beings on earth. And not just the good that I create, but the good that all people create, regardless of their specific beliefs or practices. Thinking about that brought a sense of relief, that I wasn’t just meditating and doing good for the relief of my own suffering—I’m going to die soon enough—but what I’m doing creates a path of positive evolution for many other people, to create conditions that are beneficial for others. I now truly understand what it means to ‘attain enlightenment for the benefit of all beings.’ I feel better about practicing the dharma, and have an even stronger desire to practice. It has truly become a practice to benefit others, not just myself. “We will see how our experience can benefit others.”

This entry was posted on 2017/01/04 by Shaun Bartone and tagged dharma, philosophy, social action.