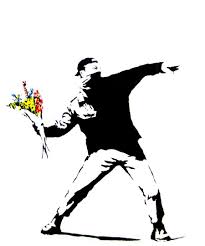 Shunyata is not something you think or believe; it’s a practice, its something you do. Shunyata, as a form of Buddhist analysis, but more than that, as a form of Buddhist practice, is to smash through absolutes and totalisms, like “being”as eternal, like “emptiness” as absolute void. Smash through any statement of absolutism, so that nothing is permanently and totally absolute, nothing holds the centre for long. Everything is partial, contingent, temporary, ephemeral. Even “emptiness” is temporary and ephemeral, because something always appears to sully its purity.

This entry was posted on 2015/12/28 by Shaun Bartone and tagged Uncategorized.