Co-Directors Dawn and Katie, plus another BPFer, teamed up with interfaith leaders to get arrested at the Oakland courthouse, part of a strategy that succeeded in persuading the Oakland District Attorney to drop charges against Black Lives Matter activists,including Black Lives Matter co-founder Alicia Garza.

For months, the 14 activists had been facing $70,000 in fines and the possibility of jail time for blocking a BART train on Black Friday 2014, shortly after the non-indictment of Darren Wilson in Ferguson.

This was a really important solidarity effort for many reasons — including the fact that the all-black group of protesters was being unfairly targeted. Their civil disobedience was very similar to ones by white and Asian protesters, who had their charges dropped right away.

Much love to all BPFers who were part of this action, in arrestable roles as well as non-arrestable support and media. 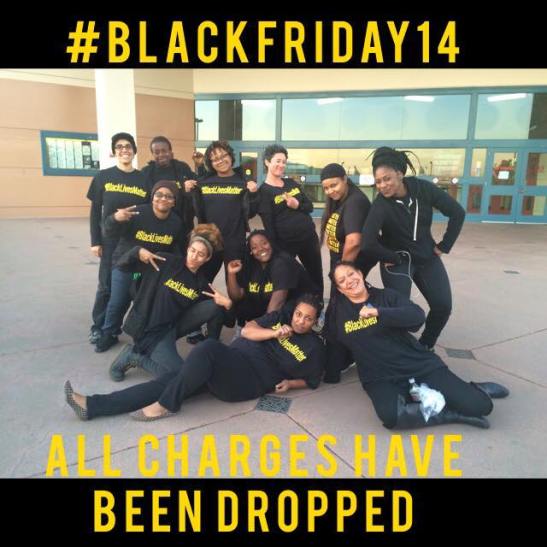 This entry was posted on 2015/12/16 by Shaun Bartone and tagged Uncategorized.