EVERYTHING IS NON-SELF NATURE

I believe in Buddhanature: primordial wisdom and compassion that is all-pervasive, that is all-creative, that is expressed in every unique facet of form-existence. Everything is empty of self-nature; everything is full of Buddhanature, because Buddhanature is all pervasive. Buddhanature is non-self nature: it is that which is the result of relating with everything else. Everything is non-self nature; everything is that which is expressed as a relationship with everything else. Non-self nature as being-for-others is loving-kindness, compassion, generosity, sympathetic joy. I am non-self nature, which I experience as being-for-others: I am generous and kind and loving and compassionate and joyful and forgiving and peaceful. Non-self nature is loving-kindness and friendliness toward myself as well, because I am no different than anyone else, and I need to be loved and cared for as well. I treat myself as a person, as worthy of love and care, as sacred; just as I treat others as persons worthy of love and care, as sacred.

We are in-being because of others, so we are in-being for others. ‘Non-self-nature’ is unborn, unarisen, and so does not suffer, age, sicken and die (12 Nidanas). Self-nature is self-being which gives rise to self-being. We do not decide to be born. We do not give rise to our own being; others give rise to us, therefore, we do not have self-being. Everything is in-being because of other beings, so everything is in-being for other beings, therefore, every being has non-self nature. Every being is loving-kindness, compassion, joy, equanimity, patience, generosity, wisdom. Every being is non-self nature; every being is Buddhanature. 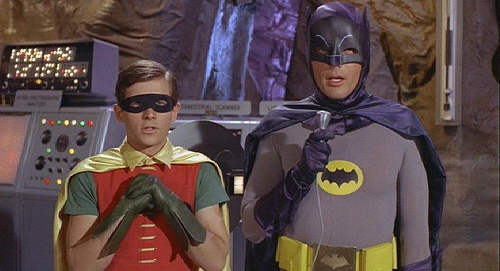 This is what I learned five years ago when I read Joanna Macy’s Mutual Causality. And then I started studying “Buddhism” and got totally confused and lost it. I stopped practicing Buddhanature-ism and got painfully confused. Now that I’m back to Buddhanature, I have found my truth again. I am not a Buddhist, I am a Buddhanaturist. In particular, I am a Theravada Buddhanaturist. Everything that exists is a result of prior relationships, “causes and conditions.” And everything continues in being because of causes and conditions, because of relationships. A human being, especially, cannot survive without others; he would die without others. He would die without the ‘causes and conditions’ present in society that support his being. Therefore he continues in-being because of others, and that is non-self nature. Therefore, everything has non-self nature, or being-for-others. It’s not all about emptiness, it’s all about relationships. That’s the Theravada version of Buddhanature. It is a Buddhanature of relationships.

The teaching on non-self nature also implies that the boundaries between beings are not solid; in fact they are quite permeable and intertwined. At the level of molecules, atoms, and even sub-atomic particles, there is almost no way to distinguish between where one being ends and another being begins, or between the being (“self”) and environment. Systems theory teaches that entities are able to close off their physical entity from the environment and establish internally organized systems. But even these entities and their internally organized systems are not completely closed. They are open as to their environments to give and receive energy, nourishment, and sensory stimuli and information. From this we can understand that the boundaries between people are permeable and open, and that we are permeable and open to the environments on which we depend for life. It is this realization of non-self nature that dissolves the hard, egoic sense of separate “self”. It allows us to relate compassionately and with great sensitivity with other beings and our environment. We begin to understand how deeply we affect one another, how much we need one another, and how interdependent we are with other beings and our environment. Pratityasamutpada.

My personal self, my personality, even my sorely confused and suffering ego, has non-self nature. The personality does not give rise to itself in a vacuum. The personality is entirely interdependent. It is socially constructed out of relationships with family and peers, from language, from social expectations for human behaviour, from culture. It is used to relate to people, it is used to communicate something intelligible about myself as a human being to myself, and to other human beings. But it does not give rise to itself; it is not fashioned entirely out of one’s own self-concept. It is copied and fashioned together from pieces of language and culture that already exist in society. Thus it has non-self nature.

Paradoxically, the ego, the most selfish and self-centred part of myself, has non-self nature. The ego is a psychic defence system. It does not arise by itself; it is entirely reactive. It arises as a reaction to lots of other things, things that are threatening and painful. Ego is deluded; it doesn’t like to think that it is not self-existing. It doesn’t like to think that it is entirely dependent on others, on society, on nature, and on the meagre resources available to ourselves as beings to stay alive. That is existentially frightening. It defends itself against this reality by concocting a story that it is entirely self-sufficient, or that “I should be entirely self-sufficient.” But of course, this is a lie; it’s a delusion that is riddled with fear, shame, hostility and inadequacy. That’s why it suffers, and it’s the part of us that suffers the most. But, nonetheless, like everything else, it has non-self nature.

Traditional Buddhist teachings on non-self ask the practitioner to look into the Five Skandhas, or five faculties of experience, to see if one can find “self” in any of those experiences: form, sensation, perception, formation, consciousness. To start with, everything is non-self nature, nothing exists because of its own power or volition, so all forms are non-self nature; thus, one would not find any kind of “self” there. Second, our five sensory faculties—sight, hearing, touch, taste, smell, and our mental perceptions of these sensations—are not designed to sense a “self” except when we use them to sense ourselves as a being in the environment. These faculties are used to help us perceive and connect with other forms and beings; thus, they have non-self nature. Formations are cognitive impressions built from sensory perceptions, which help us to make sense of the environment and integrate those experiences with what we already know. But those cognitive impressions are driven by sensory stimulus from the environment, and so have non-self nature. Though they include sensory stimuli from our own bodies,  they are primarily oriented toward stimulus from the environment. Finally, consciousness is our full capacity for awareness of our own being and the environment, for processing information, for thoughts, memories and emotional responses to what we experience. It is in consciousness that we are more likely to say that we experience a “self”, but even that sense-of-self is fragmented, momentary and incomplete. We experience “self” in one instant as a bodily sensation, in another as thought, in another as a memory, in another as an emotional reaction, and so on. None of these fleeting impressions add up to a whole, continuous “self”, and moreover, they are constantly changing.

Non-self nature is the basis of our sense of “groundlessness.” As David Loy says, in Lack and Transcendence, we cannot ground ourselves in our “selves”, that is, in the experience of “self”. Our sense-of-self cannot be grounded in itself, nor in others, nor in society at large. Our sense-of-self is always fragile, partial, always lacks a sense of wholeness, continuity and completion, which is the experience of non-self nature. We try to make up for that sense of lack by what David Loy calls “immortality projects”: attempts to make our “selves” feel real through work, achievement, consumption, intellectual or artistic legacies, spiritual accomplishments, fame, money, sex, power and addictions of all kinds  But all these “immortality projects” eventually fail and we are left once again with a sense of lack as the shadow of non-self nature. We cannot make up for the sense of lack, but we can ease the anxiety it creates by accepting non-self nature as a condition of existence. Instead of experiencing it as a negation or absence or lack, we can experience it positively as being-for-others.

We are ontologically dependent for survival on others who often don’t feel dependable or trustworthy, because they too have non-self nature. Yet these non-self others are all that we have to secure our survival; and they are equally dependent on us. Coming together for mutual support, understanding and compassion is the best we can do to cope with the emptiness of our non-self nature, our lack, and the tenuousness of our existence. This understanding of non-self nature ends the bitter, anxiety-ridden isolation and separateness that is the root of suffering. It puts an end to the suffering by reconnecting us to others, by showing us that, like it or not, we are entirely dependent on others for survival. We cannot survive without society; thus we are morally obliged to be part of society and to make it liveable for others and ourselves. We are part of this biosphere called Earth and we cannot survive without it. We arise and are sustained because of it; it is the ground of our being as non-self nature. Even the Earth has non-self nature; it is the product of cosmic forces that shape and sustain it’s existence, it is itself constantly changing and provokes constant change in the creatures that live on it. Pratityasamutpada.

The beauty of this understanding of non-self nature is that, because it is based on relationships, it is deeply connected to Buddhist ethics, expounded in the Five Precepts, the Eight-Fold Path, the Six Paramitas. It is deeply connected to the practice of the Buddhist virtues: generosity, loving-kindness, compassion, sympathetic joy, equanimity, forgiveness, friendliness. Because we have non-self nature, we are completely interdependent. Because we are completely interdependent, everything we do to and for others has an effect on us. Thus, we have both a personal interest and a moral obligation to make life on this earth liveable and meaningful for all human beings and for all beings, in a just, ecologically sound and humane way.

One comment on “Holy Anatman, Batman! Meditation on Non-self Nature”

This entry was posted on 2015/05/12 by Shaun Bartone and tagged Uncategorized.